Some would say it is a bumpy bike ride, but  it brings me closer to the feeling of being a medieval knight ,riding it´s steed in the street maze of old Lisbon.It would be an adrenalin rush if i had the skills of the “lisbon downtown” bicycle racers, but time is what you do with it, and my favourite urban bike ride takes me along a great sequence of unexpected small details.

As much as I enjoy the architecture landmarks of Lisbon and their monumental “posture” of stone rafts sailing through the centuries , i prefer to pedal in a leisurely pace ,no rush, no passion, be where I am, and every now and then find one of my little “almost nothing” details of Lisbon’s past and present. This cycling exercise requires attention to detail and the ability to cover ground as only riding a bike can fulfil.

It can be a tree that adapted to my town and has been there for centuries silently telling us about her distant exotic land and her arrival to Europe, the improbable rhinoceros head sculpted in a tower that I could swear is sailing, but this time I ended at the Sé, the matrix church of Lisbon. 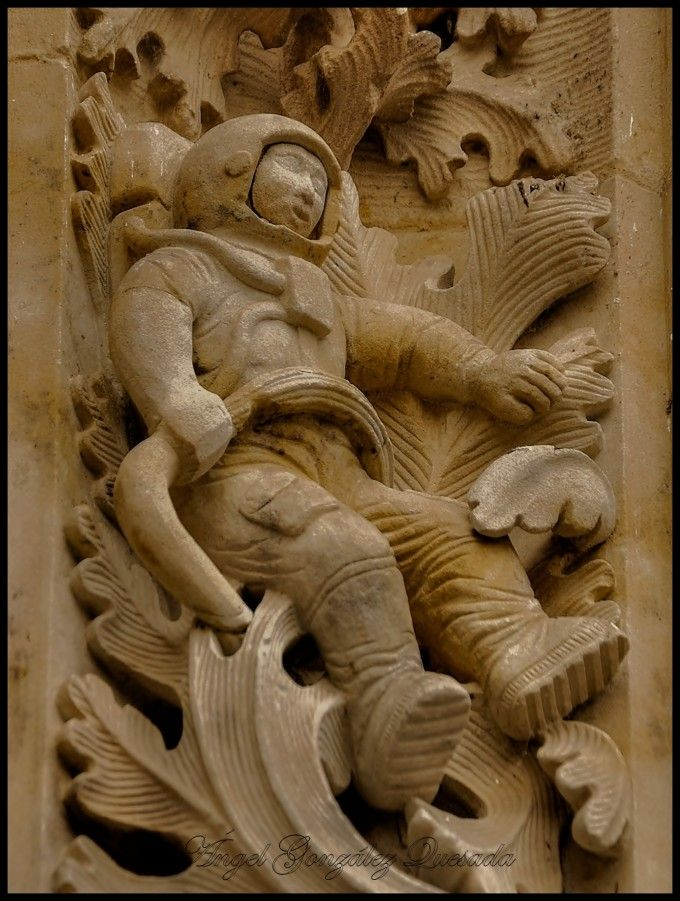 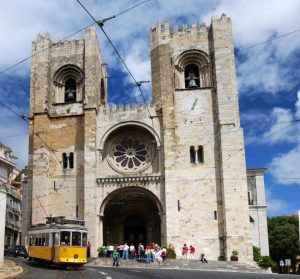 Ride up through the alleys of Alfama and park your bike outside. The fortress looking church is conveniently poorly lighten .It is an improbable building, once a mosque (some claim) it defies ground stability and along the times it did not always win, several earthquakes and consequent restorations made her unique.

Romanesque, baroque, gothic, XX century neo Romanesque, it’s a carved stone “jamming session” and of it all i elected one stone, one I would love to “vandalise” for a good biking reason.

You can find it quiet and discreet (what else?) in the south corner of the cloister. It is a lost segment of something larger, a medieval “cartoon”. In a Trajano column style, delicate carved human figures, rich and poor, young and old, fancy vests or rags, men and women, spiral up the fust on their way to heaven (no need for stairs).

I totally ignore where it once belonged and why it is so abandoned at that lost corner. I would love to “vandalise” it the way they did in the portico of Salamanca’s cathedral when they added an astronaut to the cluster of biblical figures.

I am certain someone should be riding a bike up that column.